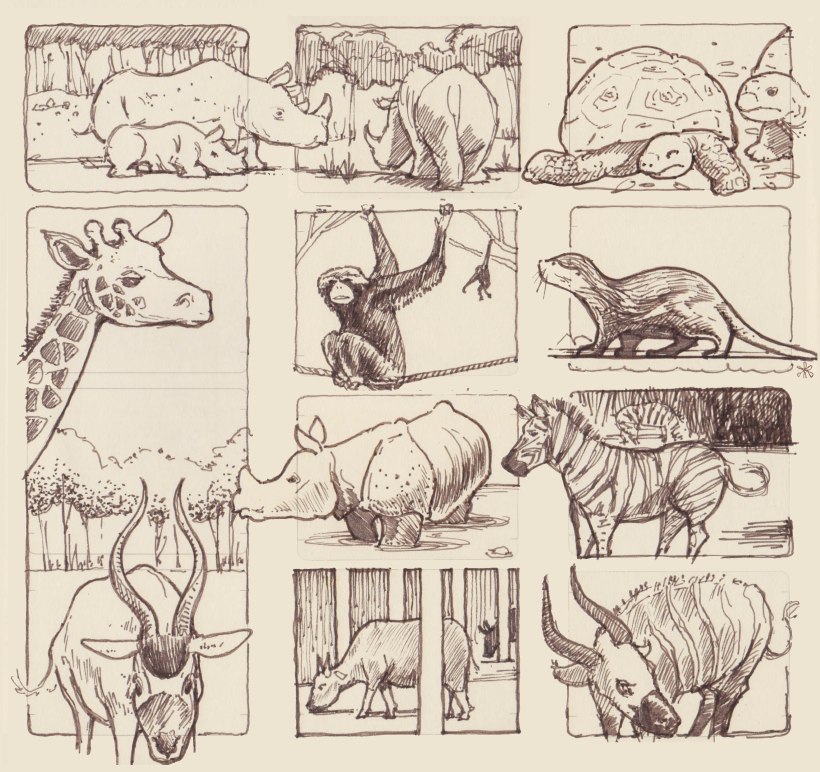 Over the October (2017) school holidays we took a quick driving holiday up to Dubbo, mainly to go to the Western Plains Zoo.  It was a really enjoyable trip and I’d recommend it highly.

While there I made it an aim to try and whip up a quick sketch of each animal we saw.  it was quite a challenge and due to this many of the results were not quite what i might have liked.  But despite the failure, some worked out quite well.  A few were drawn from photos after, but even some of those drawn from life I was quite pleased with.  Here are my 11 favourites (top left to right):